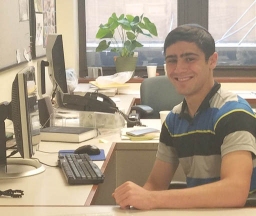 Most of my days at the museum centered around the task of moving pictures of accessioned items into their proper files on an almost universally used programed called EMu. Although initially difficult to get the hand of, the program eventually revealed itself to be extremely formulaic and standardized. Moving pictures and accessioning objects soon became second nature to me. Despite performing that task did take up the majority of my days, that wasn’t even close to all the activities that were done. Another portion of my time was devoted to filing in some form, whether it involved sorting papers to their proper year and exhibition, or putting literally hundreds books in correct acquisitional and chronological order.

One of those unexpected tasks that I performed was photographing a few pieces that the museum recently acquired along with old posters, and then merely uploading them to the computer, which I particularly enjoyed considering my love of photography. 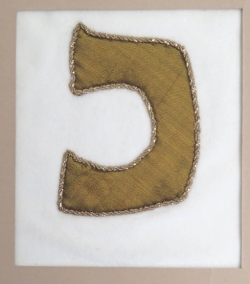 Perhaps one of my favorite and most challenging jobs was to compose a presentation on three various models that I viewed only twice, and subsequently had to research many facts on my own. In particular, my research on a model of Jerusalem from 1880 was particularly interesting as even the museum was still finding out information on the subject, so I felt as if my research was original. 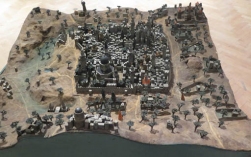 Along with being an active member, I also acted as a passive shadow in many group discussions between higher ups that revolved around topics ranging from social media to upcoming exhibitions. On my last day, I even witnessed the first meeting of staff from the YU Museum, YIVO, and the American Sephardi Foundation a potential joint exhibition based on Yemenite jewelry from the YIVO collection.

All these tasks have heavily broadened my view in what it means to curate a collection. I hope these experiences perhaps help propel me into a future of museum curating or some authoritative position.