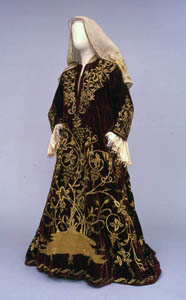 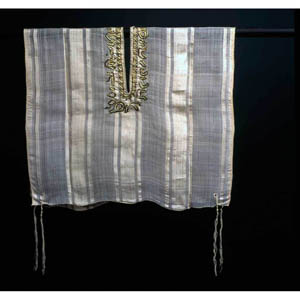 For the huppah ceremony, the Ottoman Jewish bride usually wore European dress, frequently white or ecru, as in this wedding outfit from Turkey. The adoption of European-style wedding costume, made with hooks and buttons in the Western manner instead of traditional ethnic dress, attests to the widespread “modern” trend that spead through cities during the final decades of the Ottoman Empire. Traditional Ottoman-style costume was loose-fitting, not tailored, and was held together with drawstrings or sashes, not with buttons. Although it could be decorated with elaborate embroidery like the bindalli dress, there would be no ruffles or flounces. 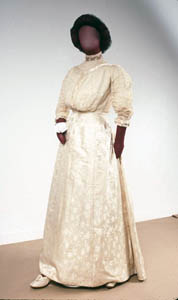