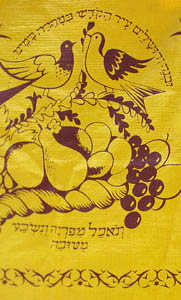 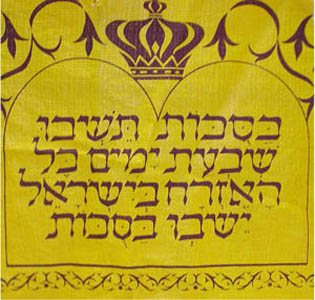 A native of Vienna, Forst studied with typographer and graphic designer Rudolph von Larisch (1856-1934), and graduated from the Vienna School of Graphic Arts. An intellectual as well as an artist, articles by Forst on Jewish philosophy were published in the periodicals Jeschurun and Menorah.

Forst pioneered ornamental Hebrew script design, and illustrated many Jewish books after emigrating to the United States. Many people experienced Forst’s art through items given away as fundraisers by charities, including a plastic afikomen bag distributed by the Home for Incurable Invalids in Jerusalem around the1960s. He illustrated a Passover Haggadah for Barton’s (1944), and Shabbat Shalom: A Handy Guide through the Sabbat liturgy issued by the General Israel Orphan’s Home for Girls (1981). Among the many books he illustrated were The Jingle Book for Jewish Children (1947), and adult publications such as The Five Megilloth (1948).