Ebrei Piemontesi: The Jews of Piedmont

The first major settlement of Jews in the Piedmont region of Northern Italy began in the 14th century, when émigrés from France settled in the territories of the Duchy of Savoy on the Italian side of the Alps.

This volume, published in conjunction with the 1996 Yeshiva University Museum exhibition, presents nine essays by well-known scholars and specialists. These essays provide an overview of this community’s history, as well as focused articles on such topics as synagogue architecture, manuscript decoration, local Jewish cuisine (with recipes) and a translation from the memoirs of a 20th century Rabbi. The book also features color images of selected artifacts from the Museum exhibition (paintings, manuscripts, prints, ceremonial silver and textiles), as well as photographs of Piedmontese synagogues. 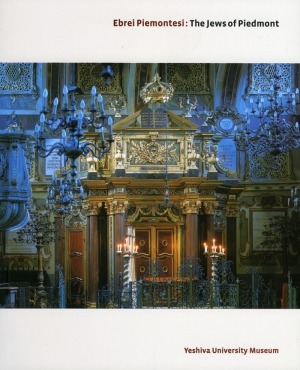