Our ancestors used clothing and textiles to beautify their synagogues, their tables and themselves on Shabbat and holidays as well as important lifecycle events. Many of these were preserved and worn or used by several generations. More recently, Jews purchased special clothing and textiles to both to support Israel’s economy and to show their support for Israel by wearing or displaying them in their homes.

Highlights include a gold bracelet that belonged to the wife of the Hatam Sofer, a nineteenth century Ottoman velvet bridal dress, an Adele Simpson evening dress trimmed with fox fur, a 1753 Ashkenazic wimpel, and an early 19th century Alsatian Passover Seder show towel. 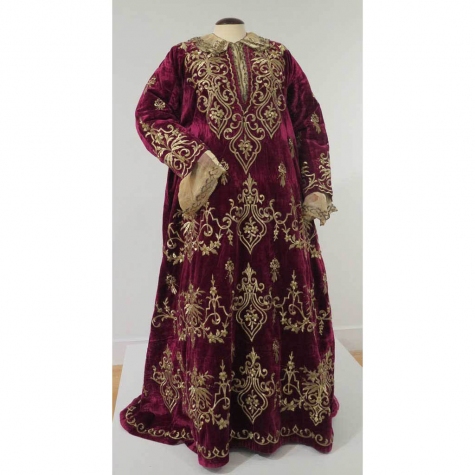 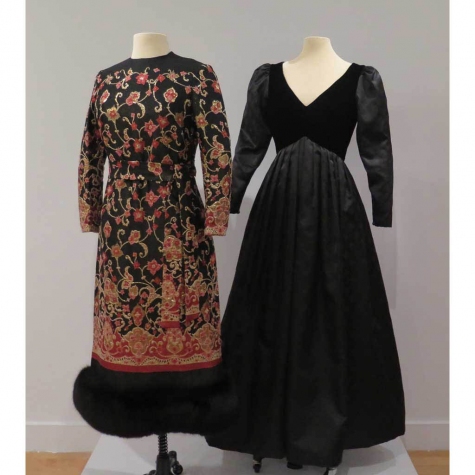 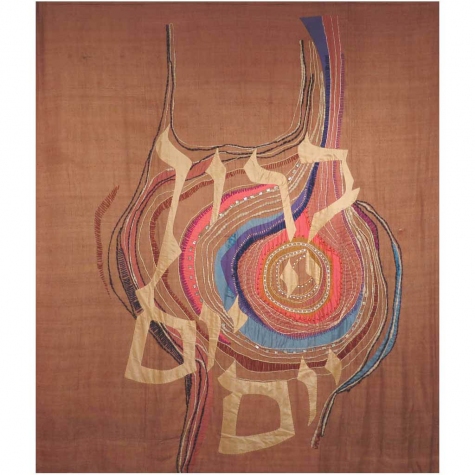