Uri Dushy's suitcase man is made of steel and is an allegorical figure of the Jew who is forced to travel without a home of his own, without stopping to unload his personal baggage. Five decades after the Holocaust, Dushy has used the icon of the wandering Jew as testimony to those who perished but also as a symbol of man's eternal dream. The majority of his sculptures have been influenced by film art and theatrical set designs. 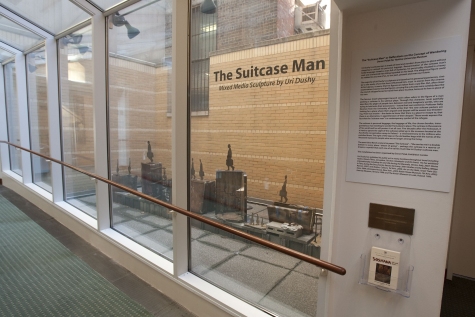