Printing The Talmud: From Bomberg to Schottenstein

A fascinating exploration into the world of Talmud study, this exhibition illustrates how technological advances - the invention of the printing press more than 500 years ago and the impact of computers in recent decades - have transformed the ancient discipline of Talmud study into an accessible pursuit available to all. The exhibition features outstanding examples of early Talmud manuscripts and rare examples of early printed volumes, including one of the few extant complete sets of the printed edition of the famed Bomberg Talmud. This set is composed primarily of tractates printed in Venice between 1526 and 1531. 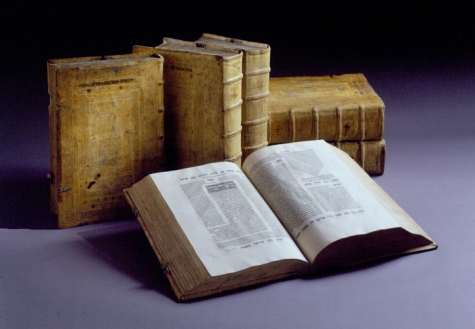