Imagining the Temple: The Models of Leen Ritmeyer

This exhibition inaugurates a new gift to the museum of five architectural models by the family of Benjamin Adelman of Silver Spring, MD. The models, which represent the Biblical Tabernacle (Mishkan) and both Jerusalem Temples, were designed by Dr. Leen Ritmeyer and built in 1996 by the York Modeling Company of York, England. Ritmeyer, a Dutch scholar and the site architect for the Temple Mount excavations in Jerusalem, was a friend of Benjamin and Kitty Adelman, who helped found the American Friends of the Israeli Exploration Society. 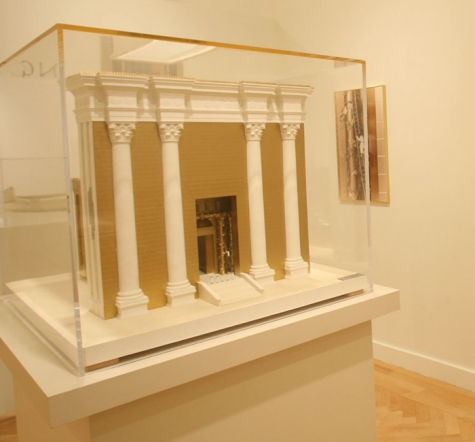 Installation view: Imagining the Temple: The Models of Leen Ritmeyer, 2008.