In 1969, Temple Beth El in Spring Valley commissioned a huge mural illustrating the Biblical account of the suffering and redemption of Job. The Rabbi at the time, Rabbi Frishman, felt that it was important Mesibov use figurative rather than more contemporary forms such as abstract or expressionist art to tell this story. Funding was provided by congregants Jeanne and Warren Levin. The mural was completed in 1972.

Temple Beth El merged with Temple Beth Torah of Upper Nyack in 2016. Temple Beth El was slated to be demolished, and the congregation reached out to YU Museum to provide a home for its mural. 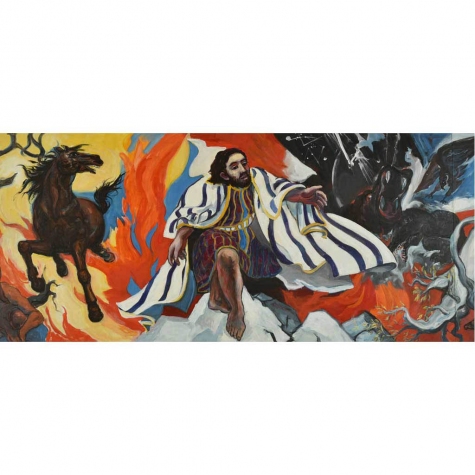