From New York to Jerusalem: A Jewish Artist's Journey Home

A spiritual and geographic journey, this exhibition traces the artist Max Ferguson's roots back to his great great grandparents in Eastern Europe. Originally from a secular background, Ferguson has gradually reclaimed his Jewish identity. A widely exhibited Photo-Realist, he has written memoir-like notes to accompany his paintings, which capture images and sites integral to New York and Jewish culture in the U.S. and Europe. Sites include Coney Island, Katz's Deli, a Matzo bakery, as well as European and Israeli venues. 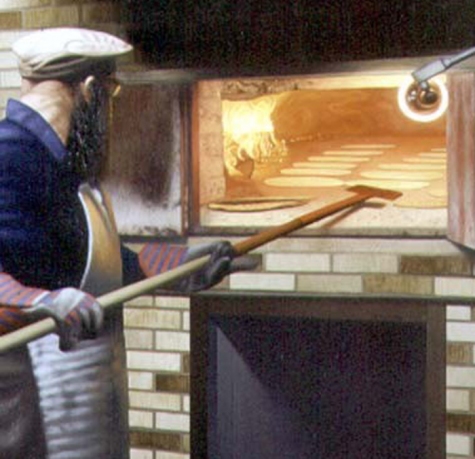