In 1998, a remarkable hoard of medieval Jewish treasures was discovered in the Jewish quarter in Erfurt, a small town in central Germany. Hidden within the foundations of a mid-12th century house, the treasure contained coins, gold, and silver jewelry. The Erfurt treasure represents one of the largest collections of personal jewelry from the Gothic period. Jewish merchants and moneylenders often buried their wealth because of the Black Death and other persecutions. Scholars believe that a Jewish merchant or moneylender buried the treasure just before the vicious massacre of Erfurt's Jews in 1349.

This exhibition is sponsored by the Leon Levy Foundation, with additional funding provided by the David Berg Foundation and Lufthansa. 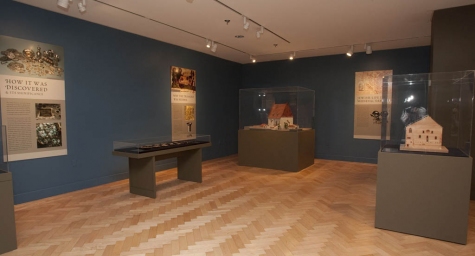